Councillor Alan Dowson was elected as Mayor of Peterborough at the Annual Council meeting on 23 May 2022.

Originally from Middlesbrough, Alan and his wife Anne came to Peterborough shortly after marrying in 1968. Previously, he had been in the RAF and a mature student. Now retired, Alan has worked in Education since 1975 including a role of lecturer at the Regional College and Anne in multi-cultural education.

He has been involved in many heritage projects and, as a member of the Civic Society, has been active in saving 16 historic buildings during the development of the Queensgate Centre.

His Mayoress for his term of office will be Councillor Shabina Qayyum. 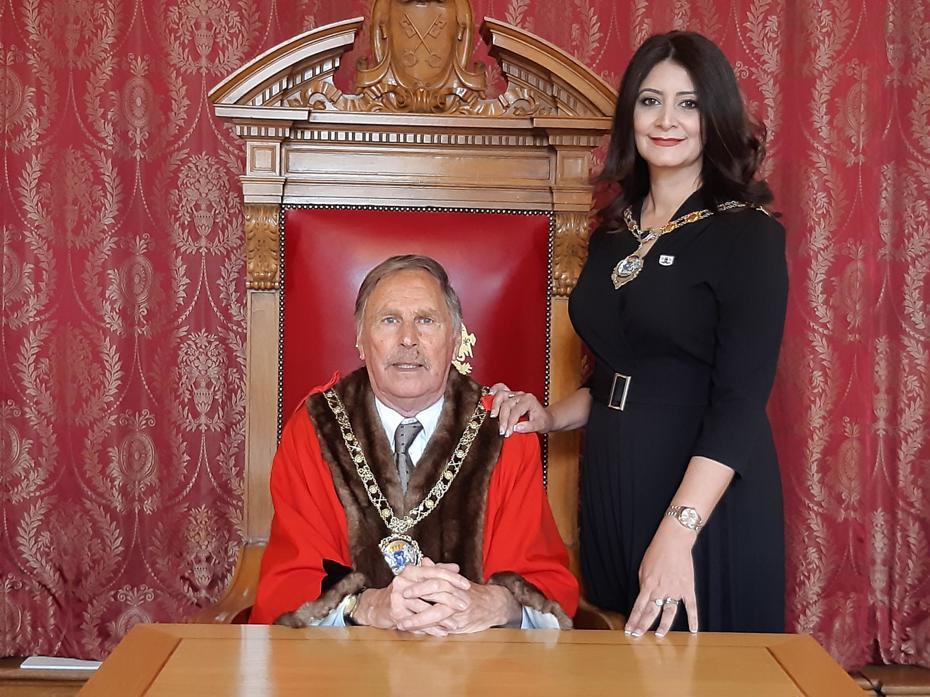 During his term of office, Cllr Dowson will work with various organisations to assist with issues and hardships faced by the citizens of Peterborough during and coming out of the pandemic.

The Deputy Mayor is Councillor Nick Sandford and his Deputy Mayoress is Alderman Bella Saltmarsh.

The Role of Mayor

Although the powers of mayor have diminished over the years, the role has retained its importance.

The Mayor is seen as a symbol of continuity, a recognisable and ever-present factor in people's experiences, effectively connecting the present with the past. It is also a symbol of an open society as the choice of mayor is no longer restricted. The first citizen can, and does, come from any class, gender or ethnic background. The mayor also has a key democratic role to play. After being chosen and appointed by Councillors, they act as a politically impartial chairman of the city council making sure that proper conduct takes place in the council chamber during meetings.

Another key role for a mayor is to act as ambassador for the city, locally and at a national or international level. As Peterborough's first citizen, the mayor is expected to speak and act for all of the diverse communities in the city. The Mayor also takes the lead in highlighting causes and helping members of the community receive the recognition they deserve.

It is probably the mayor's civic role that residents are the most familiar with. The mayor is frequently invited to attend events in the community, such as openings and fund-raising events organised by voluntary organisations. Fund-raising events are also held for the Mayor's charities, which are chosen by the new Mayor at the start of the civic year.

Previous Mayors and Deputy Mayors 1990 onwards295KB–pdf
Size: 295KBFile format: pdf
Previous
The Mayor
Next
Invite the Mayor to an event
You are in